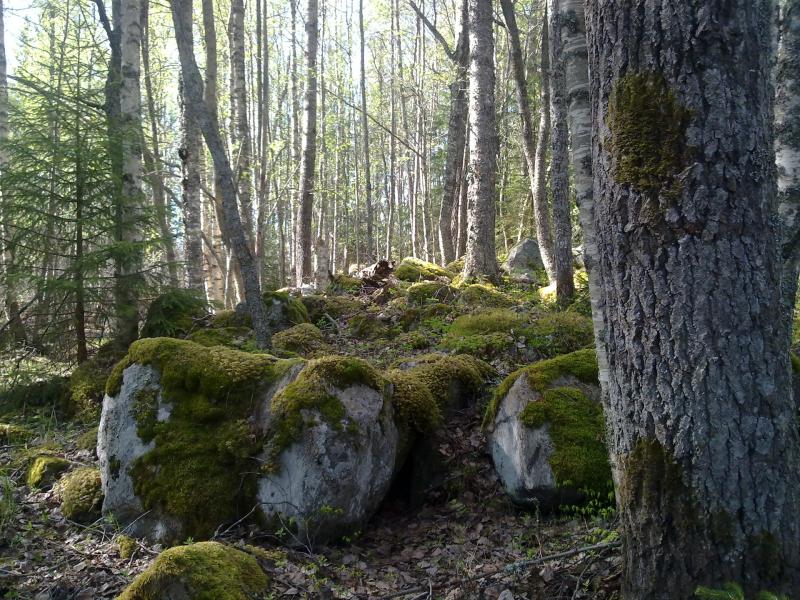 At the end of September 2010, the Finnish Natural Heritage Foundation and the Satakunta Division of FANC (Finnish Association for Nature Conservation) managed to find the first area suitable for conservation in the Satakunta region. With the help of a real estate agent, an area of about six hectares was acquired from the southern Itälahti shore of Lake Poosjärvi on both sides of the Keskisjoki River. This area, which continues to be called Tapiola, includes flooding shores and some versatile forest. The area was purchased by the Finnish Natural Heritage Foundation, which was financed by the Satakunta Division of FANC.

On 12 October, we managed to purchase more land from the northern side of Tapiola, approximately 3,5 hectares in all. The tree stand of the new section is particularly unspoiled resembling that of a primeval forest. Because of this annexation, Tapiola now extends close to the Itälahti shore with the area covering almost ten hectares at the moment.

The areas of Poosjärvi and Itälahti are famous for their many birds with some of the shores being under the protection of the Natura network; yet, the tree stand has been “an outlaw.” Some of the trees have bite marks by beavers, which is because there is a strong European Beaver population living in the areas of Lake Poosjärvi and the Poosjoki River

We managed to acquire about 8 more hectares of land to the Tapiola area in Noormarkku in the town of Pori by a deal we made at the end of May 2011. Tapiola has now turned into an area of over 25 hectares. The new section is made up of a forest that has been intact for a long time as well as a piece of the shore surrounding Lake Poosjärvi.

The acquisition was financed by the Satakunta unit of the Finnish Association for Nature Conservation, an organization with which the foundation has worked for years to have a new conservation area established in the Satakunta region.

In 2020, the Tapiola conservation area was expanded considerably when the foundation purchased an additional section of 44 hectares, an area that is made up of freshwater swamp, islets dominated by aspens as well as spruce stands growing on a stony ground covered with green moss, exactly the same way as the original conservation area. The size of Tapiola was increased to a total of almost seventy hectares.