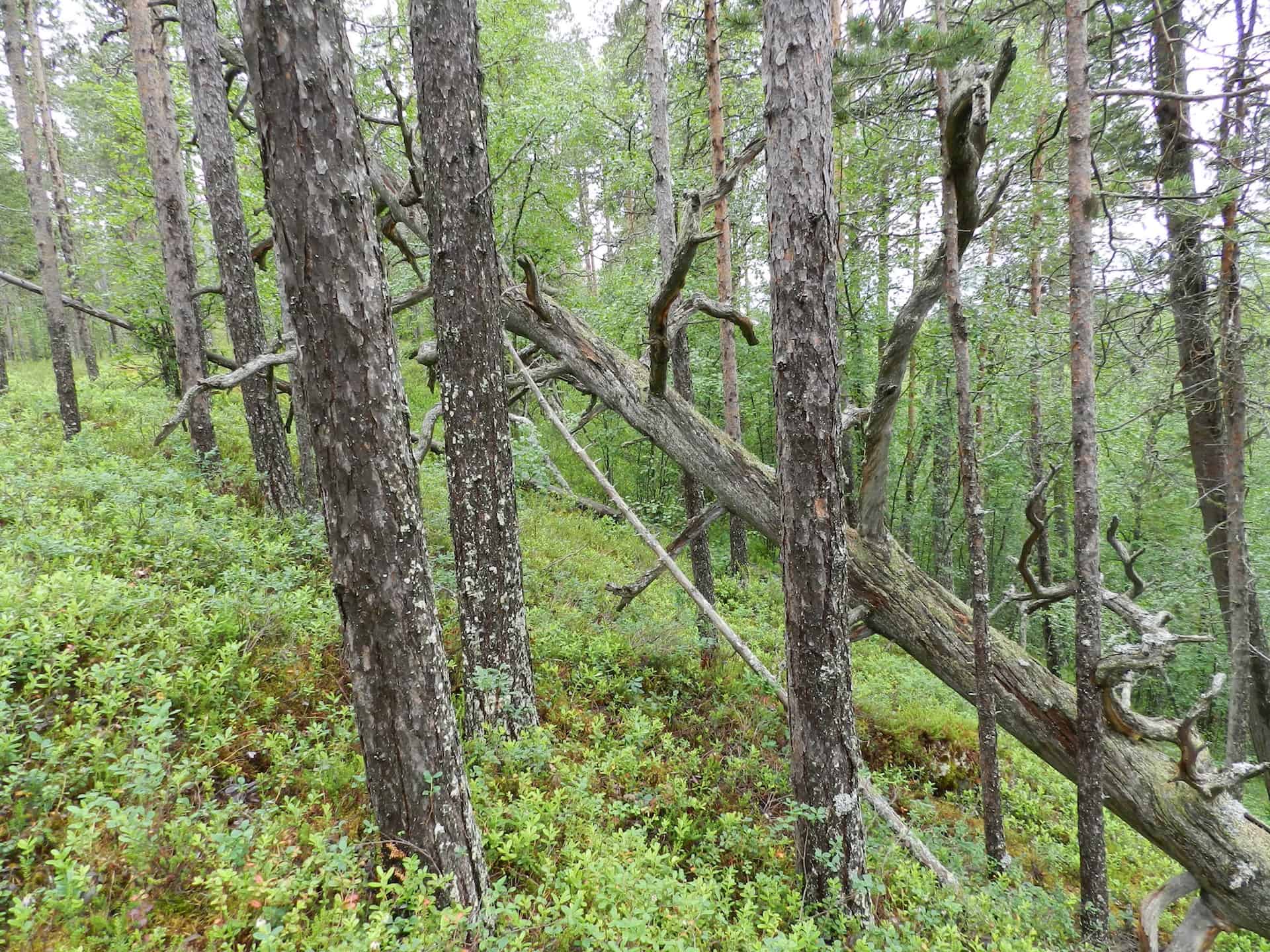 Pyrynmaa, a forest area of 91,5 hectares in the town of Inari, passed into the foundation's ownership in the summer of 2012. The area is located southwest of the populated Ivalo region by the Ivalo River.

Pyrynmaa includes hundreds of meters of the Ivalo River bank. The basic forms of the landscape are shaped by the old river bed, which is located farther north of the present one and whose bank offers a beautiful view over the valley and the hills. The forms of the northern part are labelled by sandy ridges in the southwest-northeast direction.

Pyrynmaa is almost entirely covered by forest. In addition to barren heaths, there are also fresh ones appearing in the area, which is unusual for Forest Lapland. Thanks to flooding, there are also exuberant birch woods with hay appearing in the area. And also, there are spruces growing on the northern border of this solid forest. One third of the Pyrynmaa area is made up of many types of valuable habitats: cliffs along with the forests surrounding them, immediate neighbourhoods of natural waterways, small swamps and open bogs, wilds with hay, groves appearing as spots here and there as well as some shallow waters with hay and rushes.

The southern part of Pyrynmaa is dominated by Repomella, quite a steep sand bank rising from the river. This riverbank is low-lying on both sides, which allows the spring floods to wash against the meadows and willow trees flourishing by the river.

By the most exuberant parts of the riverbank as well as the old river bed, the cliffs, and the knolls, the forest grows mostly in its natural state with the majority of the tree stand being made up of deciduous trees. There are primeval pine trees, even dead ones, standing on the ridges and especially by the Repomella area.

The landscape around the oblongish pond in the western part of the area is labelled by its high quantity of decayed wood, which along with the old nearby forests of spruces, birches, and aspens mixed together offer an ideal environment for woodpeckers and owls.

There is a brook running from the west through an open bog into the pond from where the water continues all the way through the flooded meadows into the river. There are species that Finland is internationally responsible for, and the ones generally appearing in the Pyrynmaa area also flourish by the pond, the brook, and the flooded meadows, including the tall Jacob's-ladder, the Baltic holy grass, the frost meadow rue, and the Nordic subspecies of the stinging nettle. In addition, the herb Paris and the Northern red currant, which are otherwise rare in the Inari region, have found their homes by the brook.

There are wide dry heaths appearing in the middle and the northern part of the area as well as on the Repomella riverbank. There were cuttings conducted here in the 1960s, and the marks are still there. There is, however, old trees appearing all over the place, which makes the area a suitable environment for birds that live in old forests.

Pyrynmaa is the 32nd conservation area of the foundation and the second one in Lapland.

In the summer of 2019, the Finnish Natural Heritage Foundation purchased an additional section of 7.5 hectares to the Pyrynmaa conservation area. The new part contains interesting habitats. The former part was mostly made of heath forest with decayed wood in large quantities, and its most significant detail was the Repomella ridge with its pine trees, both dead and alive, as well as the marsh of many trees on the eastern edge. The area is now expanded with more of the Ivalojoki river bank, including a small sand beach in its natural state and a swamp. Habitats that are especially important will also be placed under protection, such as a forest by the cliff, the proximity of the brook, and the exuberant groves.

The additional section of Pyrynmaa includes three rare species, which belong to Finland's responsibility species according to an EU directive: the sweet grass, the small-leaved nettle, and the meadow rue. A fourth responsibility species of Finland is left in the area already acquired behind the Konilantto pond: the tall Jacob's-ladder. When it comes to the sweet grass and the meadow rue, more than 45 percent of the European population is found in Finland. The corresponding proportion of the small-leaved nettle is 15-30 percent and the tall Jacob's-ladder 30-45 percent.

There are some real treasures of the plant world to be found in the additional section of Pyrynmaa, and they will also be protected by the nature conservation act.