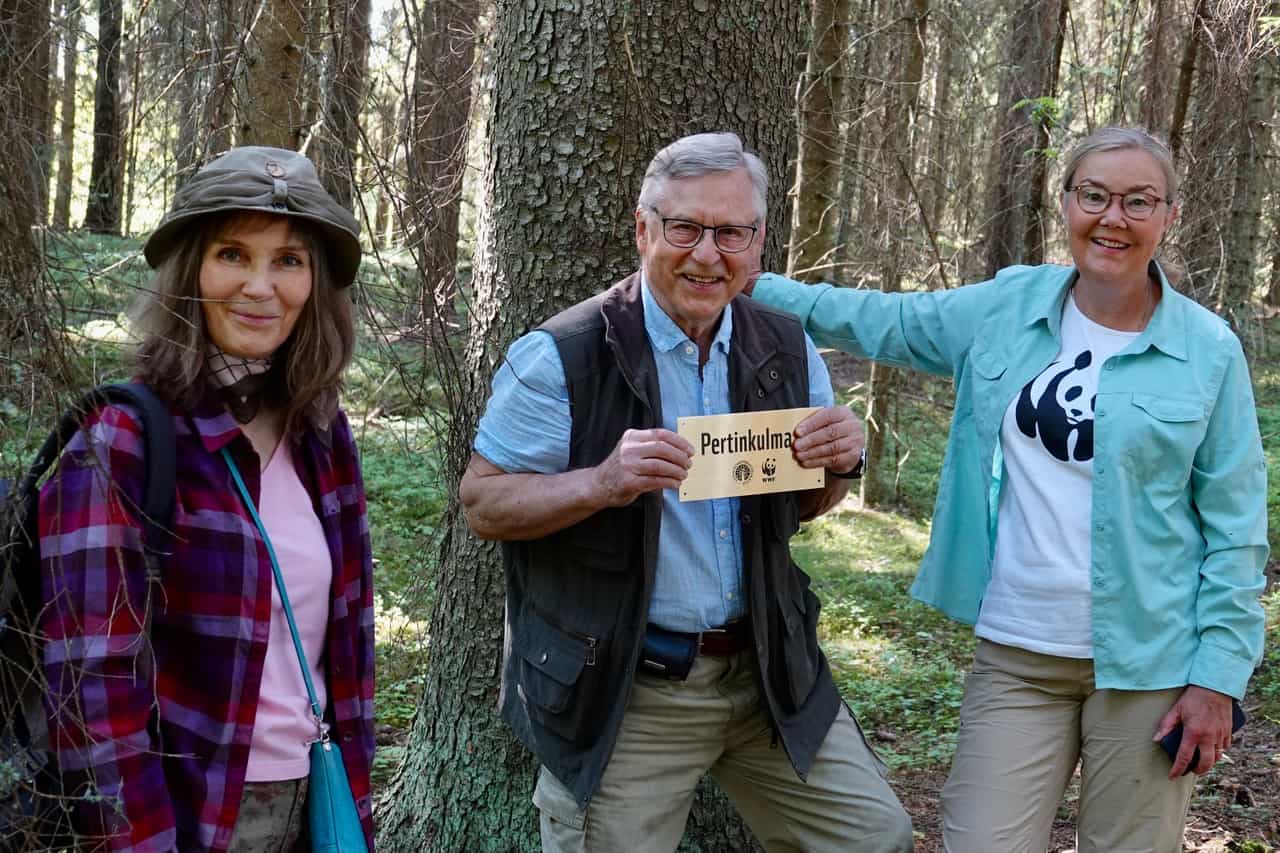 The Finnish Natural Heritage Foundation recently purchased approximately twenty hectares of forest in Paimela, between Lahti and Vääksy, which has been named Päivänsalo. The conservation area is located at the end of a road in a quiet region. Most of the area consists of rugged spruce forest, which is more than a hundred years old and of the herb-rich heath forest type. The forest also contains handsome groups of aspens, small rocky areas with seepage, two marshy hollows, and a rocky pine wood with Cladonia stellaris, a type of reindeer lichen. The westward slope has younger stock of broadleaf trees which have spread naturally and includes valuable species such as little-leaf linden.

“I can recommend fundraising for both foundations for birthdays and other special days. A will is also a good way to support these foundations’ forest conservation work,” Salolainen says.

The area purchased with the funds raised through Salolainen’s birthday fundraiser, which is connected to Päivänsalo, will be named Pertinkulma II (Pertti's Corner II). The purchase of Pertinkulma I, located in Koirasuonmäki in Paimela, was funded by Salolainen in 2016. It is located quite close to Päivänsalo as the crow flies, as is the Kullerolehto conservation area.

“Päivänsalo and Pertinkulma II are important additions to the valuable ‘archipelago’ of conservation areas in Paimela – a chain of conservation areas located close together, which makes up an ecologically significant network of old forests in the Päijät-Häme region,” the Finnish Natural Heritage Foundation’s Conservation Director Anneli Jussila comments.

During a joint trip by the Finnish Natural Heritage Foundation, WWF and Pertti Salolainen to Päivänsalo in early June, a sign with information about Pertinkulma II was placed in the forest.