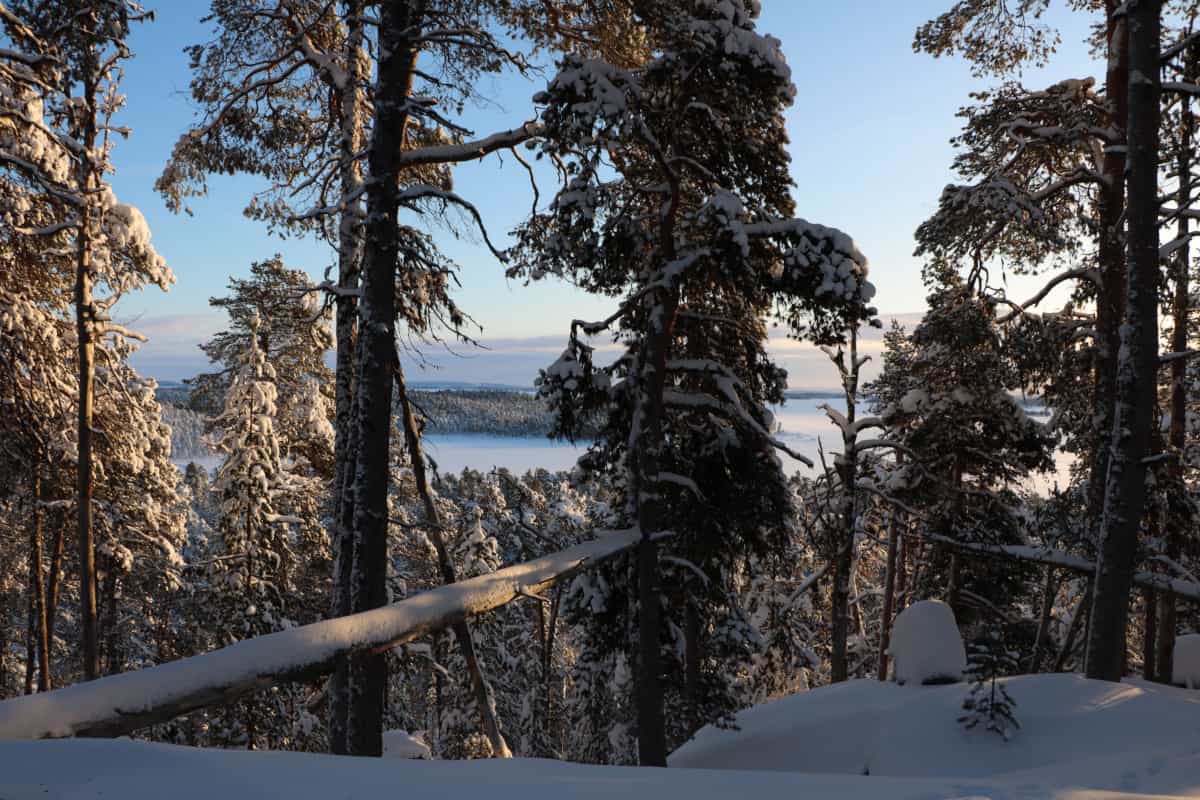 Čáháligvääri, or Maahisenvaara in Finnish, is a unique estate near the village of Partakko in Inari, with untouched natural forest reaching the shores of Lake Inari. The estate was purchased from a Sami family called Aikio in the late winter of 2021. The field by the shore and the right to carry out reindeer husbandry in the area was retained by the family. The sale was negotiated with Leo Aikio, the Chief of District for the local reindeer herding cooperative. Once the estate, which was originally known as Kaapin-Matti’s forest, becomes a conservation area, it will be called Čáháligvääri, or Maahisenvaara in Finnish, according to the wishes of the seller.

The Čáháligvääri forest stretches over approximately 42 hectares, and it cannot be reached by road. It is one of the last remaining natural forests in Europe, and it is unusually untouched – the forest has existed free from human intervention since the ice age. The growth rings on the oldest pine trees that have been studied in Upper Lapland go back almost 8,000 years. These ancient trees have been found in the bottom of lakes, where they were preserved in the mud.

The thousand-year-old natural forests on the northern shores of Lake Inari are not just a wilderness; they are also used as pasture land for the Muddusjärvi reindeer herding cooperative, and are part of the Sami cultural landscape. The old forests with their arboreal lichen are extremely important for the survival of the reindeer over winter. The felling of timber done by Metsähallitus and private owners has dramatically reduced the number of forests with arboreal lichen, and the remaining areas are not sufficient.

In Sami mythology, the Inari Sami word Čáhálig refers to a forest spirit which guards treasure, and you had to ask its permission before you could pitch camp in the forest. In front of Čáháligvääri lies the great Lake Inari, “the sea in the wilderness”, and from its shores one can see the island Äijjih, or Ukko, which is one of the Sami people’s sacred sieidi. The Finnish Natural Heritage Foundation can help protect the forest treasure of Upper Lapland with the support of its donors, and maybe also with the help of the forest spirit of Čáháligvääri.

The Finnish Natural Heritage Foundation honours the land and landscape of the indigenous population of Upper Lapland, i.e. the Sami people, by giving the conservation area a name in Sami as well as in Finnish

In July 2022, the Finnish Natural Heritage Foundation received a donation of a seven-hectare area of old-growth forest, which is directly linked to an area of 42 hectares that the Foundation has already protected. This new section includes more than 200 metres of the shoreline of Lake Inari which is in a natural state. The shore opens up towards Ukonselkä, which is part of the nationally valuable landscape area of Lake Inari and river Juutuanjoki.