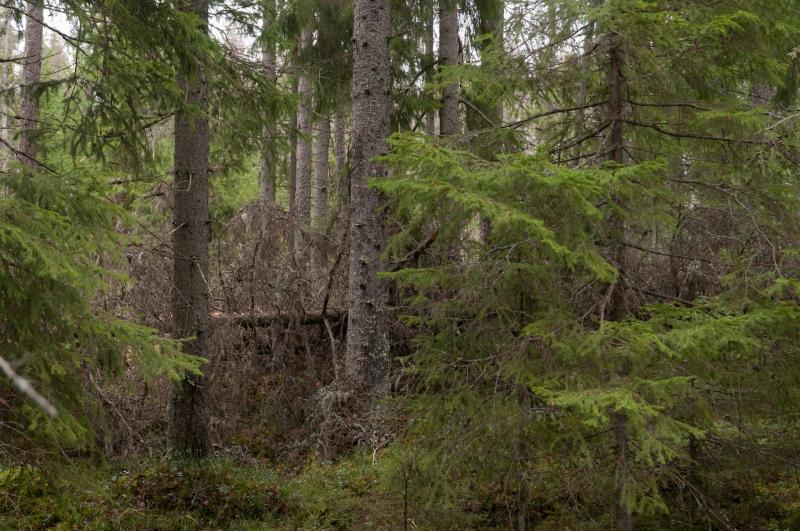 The Finnish Natural Heritage Foundation acquired the 3,2-hectare Arkinmäki forest, located in the village of Sorkka in Rauma, in October 2014. The forest is embraced by the valuable Prami grove zone in the east.

The Prami groves belong to the Natura 2000 network through the Rauma diabase area, the natural values of which are based on the diabase, a dark and alkaline volcanic rock, contained in the local bedrock. The olivine diabase found in the southwestern parts of the Satakunta region – the type of rock used in Finnish sauna stoves – was formed 1270–1260 million years ago. The diabase furrows, the channels through which the lava once flew after volcanic eruptions, run through the ancient Finnish bedrock accompanied by the sandstone and the Rapakivi granite.

The small Arkinmäki forest is a home for diversity.

The northern half is dominated by spruces with the fresh and grove-like heath enriched by mighty birches, grove blotches, and swamps. The old trees toppled by the wind have started to decay. In the field layer, we can observe the common hepatica, the Alpine currant, and the alder buckthorn, among others. On the Satakunta coast, the common hazel only appears in the Sorkka village in Rauma with one of the local hazels having found its way to the Arkinmäki area as well.

The Arkinmäki area includes sections that can be restored either naturally or manually: sapling stands of birches and willows, embroidered by small spruce-covered islets, a small piece of a water-damaged pine stand planted there as well as a piece of a swampy ditch to be blocked on the southern border.

Arkinmäki is the 48th conservation area of the foundation, the third one in the Satakunta region.