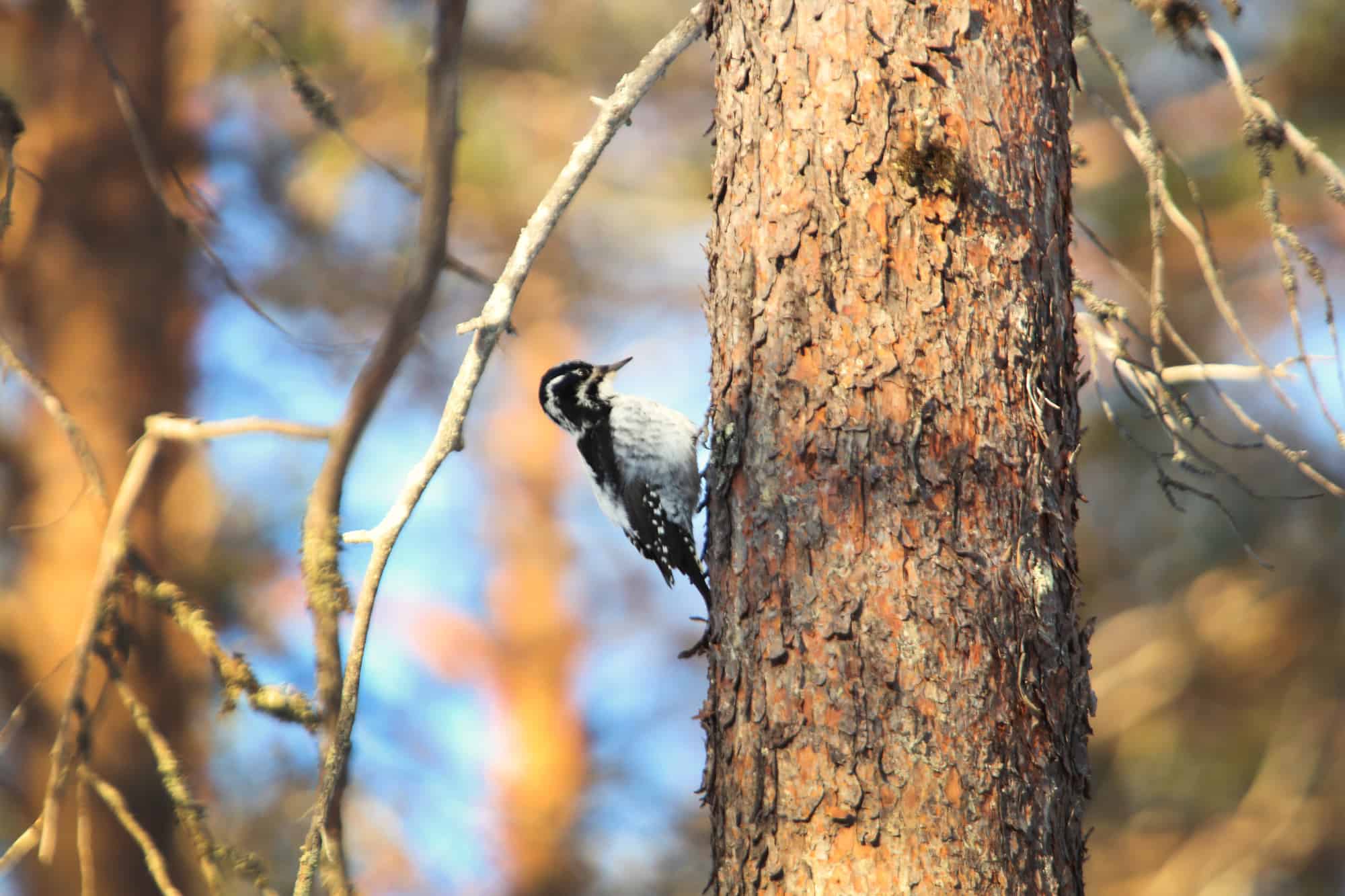 A wish by Jalo Heikkinen, the writer and cultural strongman in Northern Kainuu, who passed away in late 2020, was realized in April 2021 when the forest surrounding his home was transferred to the Finnish Nature Heritage Foundation. The 22-hectare Tihisenniemi forest located on a lakeshore in Suomussalmi was sold as a conservation area by Jalo Heikkinen’s widow, Raija Heikkinen.

Tihisenniemi consists almost entirely of ca. 130-year-old, predominantly coniferous peaty forests. The forests have been used only delicately ever since the times of Jalo’s father, Setti Heikkinen, who was widely known in the area.

The Finnish Nature Heritage Foundation’s Conservation Officer Ari-Pekka Auvinen visited the conservation area in the spring when there was still snow in the forest.

“During my skiing trip to Tihisenniemi in April, the sun rose from behind the opposite Vuonaniemi cape. A three-toed woodpecker was pecking on the sides of dead standing pine trees broken under heavy snow from previous winters, and several capercaillies crashed through clusters of tall spruce trees draped with beard moss,” Auvinen describes.

One of Jalo Heikkinen’s most notable projects, in addition to several published books and his long-lasting Ilmari Kianto research, was the “Ringing Forest” (Soiva Metsä) in Suomussalmi. The ringing forest, located in Kaunisharju, ten kilometres to the southwest from Tihisenniemi, consists of large, specially-made instruments placed in the woods. Like many of Jalo Heikkinen’s projects, this emphasized man’s relationship to his home region and especially its nature.

“In April, the Tihisenniemi conservation forest rang in Jalo’s memory with the songs of several parrot crossbills and willow tits,” says Conservation Officer Auvinen, reminiscing about his trip to the area in the spring.