Let’s save the old-growth forests of Upper Lapland 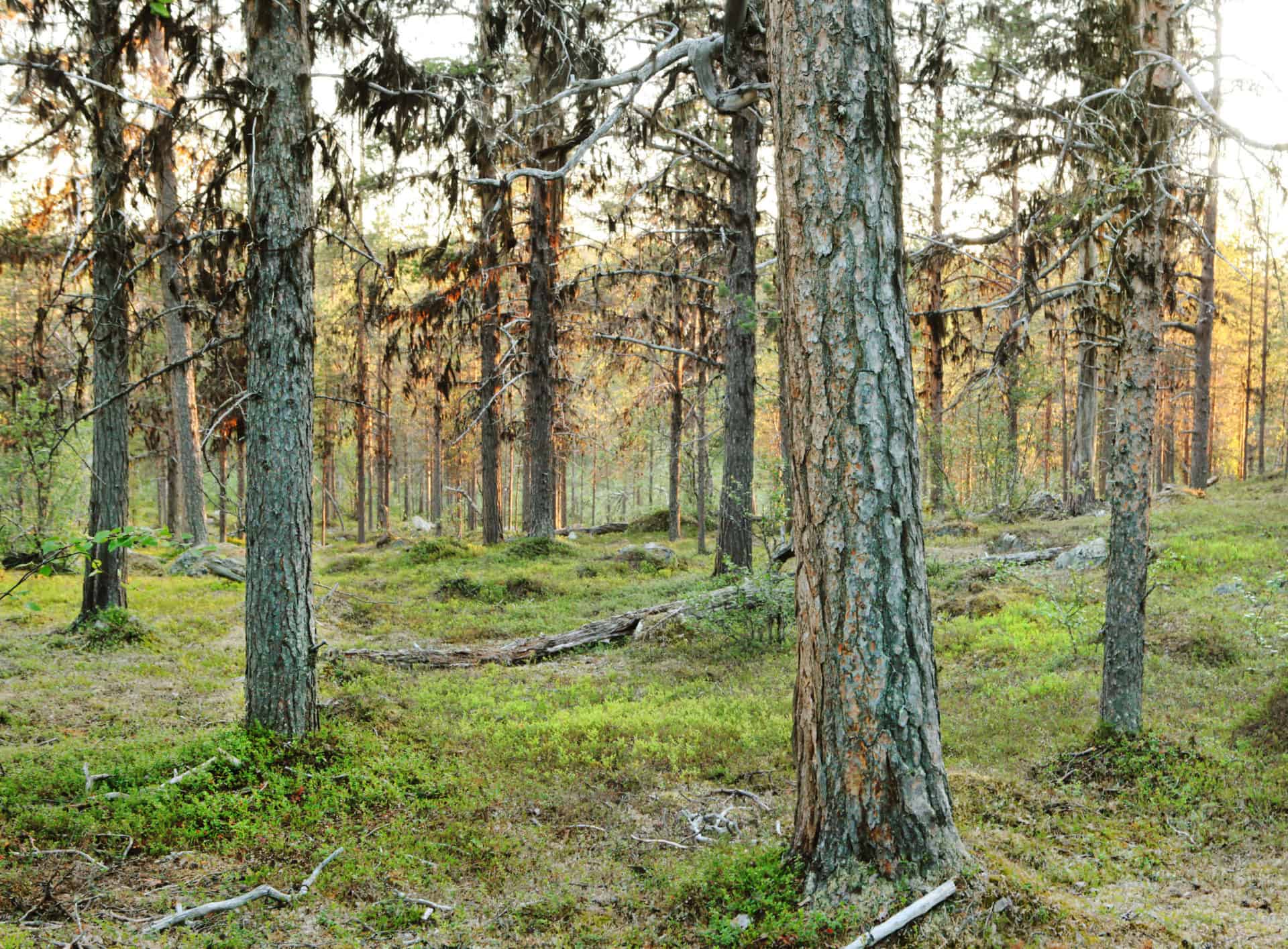 Upper Lapland, which is the Sámi homeland, contains Europe’s last natural forests where trees have never been felled. In these forests, the age of individual old pines can be up to 800 years, and the dead standing trees and snags are storing thousands of years of forest history. Some of these forests have become conservation areas, but there is still a great deal of uniquely valuable nature with a wild, impressive beauty that has yet to be protected. The old-growth forests of Lapland provide a home for many old forest species which have adapted to the harsh conditions in the north, and whose living conditions are impacted by climate change and habitat fragmentation.

The natural forests have a great recreational value for the inhabitants of the north, tourists and tourism businesses alike. For the traditional reindeer husbandry, they act as the reindeer’s main feeding and calving area. The horsehair lichen, which grows on the trees in old forests, are a very important form of winter food for the reindeer, especially during the hard snows of the late winter, when the reindeer are unable to dig out food from under the snow. Climate change is often causing other types of lichen to freeze or grow mould, which means that horsehair lichen is the only remaining natural food for the reindeer.

Outside the conservation areas, felling is a threat to many of the old forests in Upper Lapland. As the climate gets warmer, the trees grow quicker, and forest investors will start to look at the forests of Upper Lapland as financially interesting prospects. The large, jointly owned forests in the area are under pressure to make a profit for their shareholders. In some areas there are also regular forest disputes between the Finnish state and reindeer herders, for example.

It is particularly important to protect old forests where horsehair lichen grows. It is mostly found on tree trunks and branches in forests that are over 150 years old. The horsehair lichen and beard lichen which can be found in these forests are important indicators of an old forests. Studies have shown that logging reduces the occurrence of horsehair lichen in many ways: felling the trees destroys the substrate of the lichen, and it also impacts the remaining trees in terms of the amount of light and the microclimate, such as windiness. It takes around a hundred years for a logged horsehair lichen forest to regenerate.

Let’s save the old-growth forests of Upper Lapland together. Donate now to the protection of Europe’s last remaining natural forests!

You can take part in the Let’s save the old-growth forests of Upper Lapland campaign by making a donation in the Finnish Natural Heritage Foundation’s online shop or by donating a suitable sum directly to the Foundation’s bank account like this:
– Enter Luonnonperintösäätiö as recipient
– Transfer the sum of your choice to the donation account FI78 5494 0950 0224 93
– Use the reference number 202659

The fundraising campaign started on 25.4.2022 and will be running for three years.